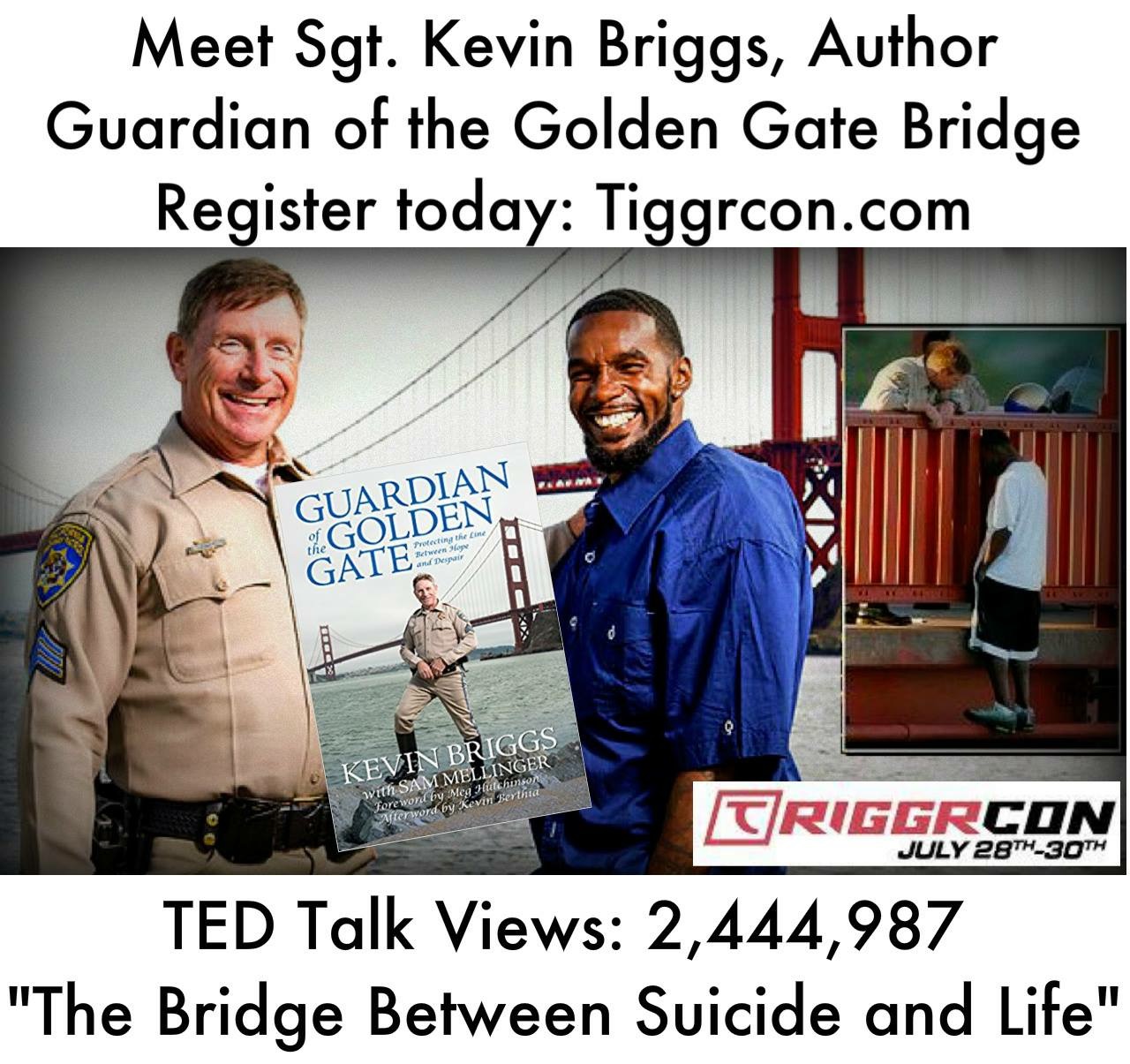 The Golden Gate Bridge is an iconic landmark of unparalleled beauty and attracts swarms of visitors every year. Tragically, also among them are hundreds of suicidal men and women. As a member of the California Highway Patrol, CHP’s, for over twenty-three years, with the majority of those years patrolling the Golden Gate Bridge, Sgt. Briggs discovered early that his job required him to take on an unusual role for a police officer: suicide prevention counselor. As a cancer survivor and survivor of multiple heart operations, Briggs’ familiarity with personal struggle bonds him with suicidal men and women. With simple empathy, an instinct for improvisation and a refusal to walk away, Briggs has negotiated several hundred people from suicide on the Golden Gate Bridge. As he told the SF Chronicle, “I’ve talked to people from ten minutes to seven hours. I very much despise losing. I do whatever I can to get that person back over the rail. I play to win.” Sgt. Briggs retired from the CHP in November 2013. Kevin is the author of, Guardian of the Golden Gate Bridge, a book about his amazing experiences and police career.