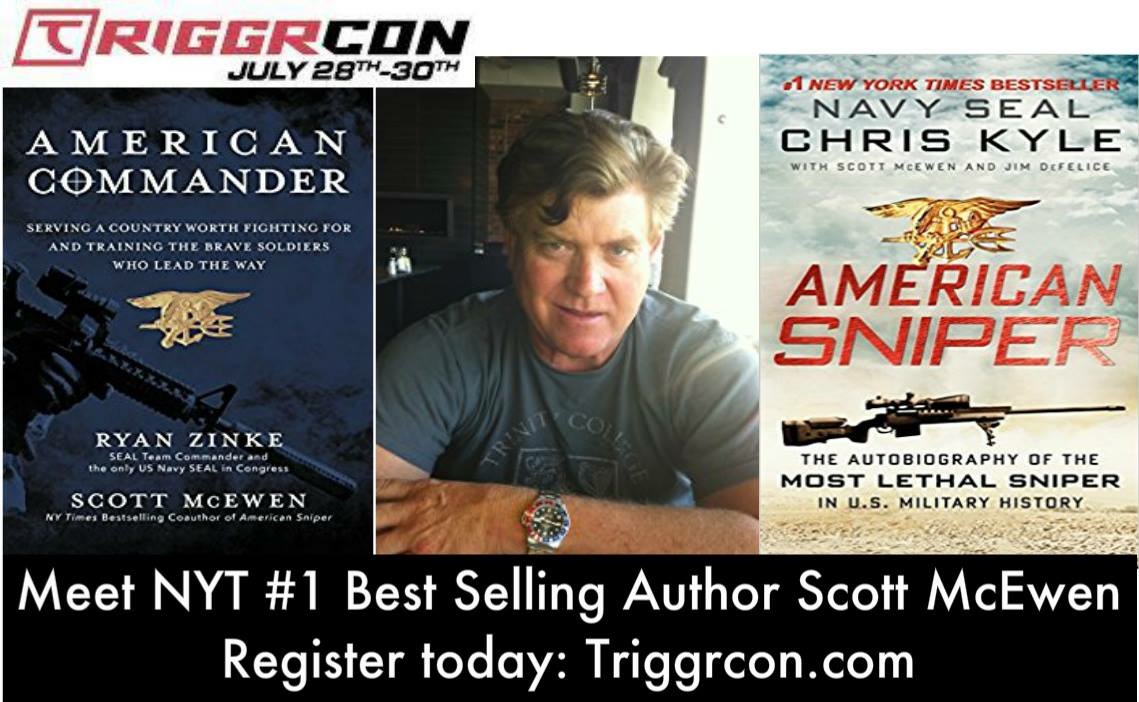 #1 NEW YORK TIMES BESTSELLING AUTHOR Scott McEwen lives in San Diego, California, where he began writing while practicing law. He grew up in the mountains of Eastern Oregon where he became an Eagle Scout; hiking, fishing, and hunting at every opportunity presented. He obtained his undergraduate degree in Oregon and thereafter studied and worked extensively in London, England. Scott works with and provides support for several military charitable organizations, including the Seal Team Foundation. Scott’s interest in military history, intense patriotism, and experience with long-range hunting rifles compelled him to accurately record the battlefield experiences of Chris Kyle, the most lethal sniper in United States military history. Chris and Scott started American Sniper at Scott’s home in San Diego, and from there the story grew to a #1 New York Times Bestseller. American Sniper has now sold more than One Million copies and has been translated into over twenty languages. We lost Chris Kyle on February 2, 2013, and he is deeply missed by all. American Sniper, the movie, starring Bradley Cooper, and directed by Clint Eastwood, was released on December 25, 2014. It became the number one movie in the United States for that year and was nominated for six Academy Awards, winning one.