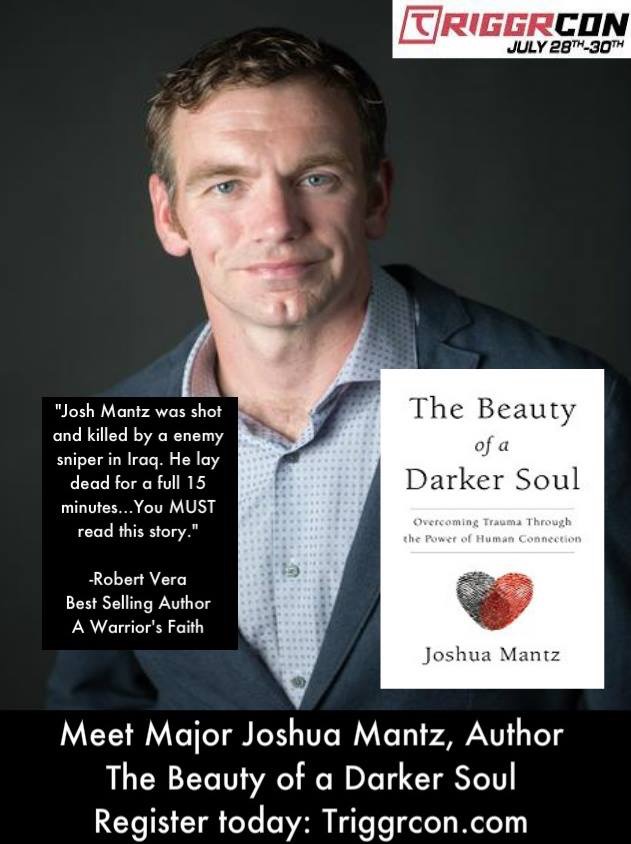 On April 21, 2017 U.S. Army Second Lieutenant Joshua Mantz died. Killed by a sniper on the streets of Baghdad, he flatlined for 15 minutes. But the medics would not give up on him, and he would not give up either. He literally came back from death. Even more astounding, his brain was fully intact. He remembered everything. However, while Mantz may have cheated death and gone on to be a cable news celebrity, he tells in detail of the unseen damage of war and death.

The Beauty of a Darker Soul, a book dedicated to helping people overcome emotionally traumatic experiences. A graduate of West Point, Josh served as an Infantry Officer in the US Army for nearly a decade, and is the recipient of the Purple Heart and Bronze Star with Valor. He is a highly sought-after speaker on the topic of emotional trauma, having shared his message at TEDx, Got Your 6, and hundreds of other events.